What Features are in our Battlefield Hardline Cheat?

Our Aimbot gives you entire control over the game, allowing you to play professionally or rage like crazy. Our hack may be customized to match your exact hacking needs. Smooth Aim, for example, lets you adjust the Aimbot’s speed. While being the best player in the game, will not assume that you are a cheater. You may also choose the angle of attack for the Aimbot.

Our 3D and 2D Radars provide you a full view of the area, allowing you to spot your enemy at all times! Players approaching from behind can be seen using our 2D Radar. Our Warning System will inform you if an opponent is visible, sees you, or is shooting at you, even if you haven’t checked the 2D Radar or aren’t paying attention to it. Our hack is undetected by the anti-cheat software, so you won’t have to worry about it!

Also our Battlefield Hardline Hack has a Triggerbot which will open fire at the enemy when you aim your gun at them. Our Triggerbot will shoot the enemy when doing damage on them is possible. Furthermore you can combine our Aimbot and Triggerbot. You will have complete power over the map and other players if you do so. See it for yourself by checking our videos and screenshot from the actual game on the top of the page. Using our Battlefield Hardline Cheat you are not going to lose again!

How Does Our Battlefield Hardline Hack Work?

Using our Battlefield Hardline Hack is not much of a hassle. It is pretty simple actually. All you need to do is to download our program from our site, sign in to your registered account then load the game up. When you are in the game, our program’s menu will appear on the screen allowing you to customize whatever you want. You can tailor it to your hacking needs. Configure every cheat function using the simple in-game interface and save your settings for later use!

Do We Have Cheats For Other Games Beside Battlefield Hardline Cheat?

Our Battlefield Hardline Cheat is on sale for a very low price! Our customers may now purchase packages that include all of our fantastic hacks and cheats, as well as Aimbots. We offer a Premium Package, for example, that includes all of our cheats! Don’t put it off any longer! Join today to gain immediate access! Check out our Premium Package if you’re seeking for more than simply Battlefield Hardline Cheat!

Do you still feel hesitant about utilizing our cheats? See what our customers have to say about us on Trustpilot! We have received an exceptional rating from over 100 reviews! Perhaps they can point you in the correct path!

Battlefield Hardline Review by nguni1
5
It's Nguni1 once again reviewing another cheat. First time using a system radar, died a lot first then i started to get the hang of it. I gotta say: IT IS THE BEST FEELING EVER. First of all BFH is not nearly as bad as people make it out to be, its just another BF. 2nd even on July 2017...
Battlefield Hardline Review by Dontflopallday
5
I would like to express my satisfaction of your great hack. BFH SC esp is one of the best hack I've tried and as much as other sites hacks can offer. i have to say SC is one of the top of the line hacks out there. 10/10. Works very well on all the games i played.

Use the coupon above during the checkout to save 30% on your purchase. 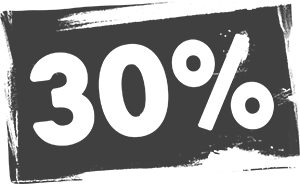